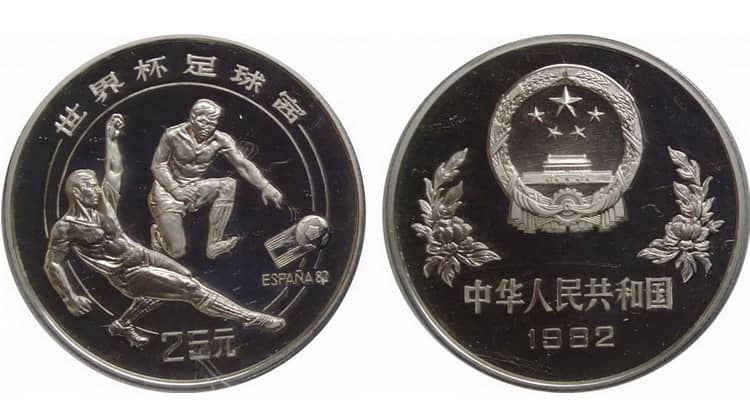 25 yuans is a collectible coin, issued since 1982 by the Chinese government. It’s no secret that over the past few years, the interest in Chinese numismatics has increased substantially, especially from foreign investors. It is not so surprising considering the growing population and economy of the country. There is strong interest for both older coins, which have recently caused agitation at auctions, and modern items, like the famous “Panda” series. There are other coins of this face value with a beautiful design, as well as interesting references to the history of civilization, which has many thousands of years. All Chinese gold coins in our catalog.

25 yuan coins from the Panda series

Chinese 25 yuans, included in the series of Golden Panda coins , were produced as a part of the Panda series from 1982 to 2000. Since 2001, the face value of a coin of the same weight and diameter has been changed to 100 yuan. It is worth noting that the coins of this face value were not issued in the “Silver Panda” series.

Obverse: “Temple of Heaven” with the inscription “Zhonghua Renmin Gongheguo” above it, which means “People’s Republic of China”; year of minting. If the current issue is an anniversary one, then the designers put a message about it under the year of minting.

Reverse: various images of pandas that change every year, except for 2001 and 2002, when the coins with the same design were issued.

All 25 Yuan Chinese gold coins in our catalog.

25 yuan coins from the Unicorn series

On the obverse and on the reverse of the coins there are images of unicorns either resting or preparing for battle. Also on the obverse, there is always a name of the series in Chinese and English and the year of minting.

The coins were dedicated to the World Cup in 1982. They were issued once, with a 40,000 Proof copies circulation. In total, two variants of coins with a face value of 25 yuan were issued. The football players are depicted on the obverse of both of them, as well as the inscription “Espana 82”. There is the coat of arms of the People’s Republic of China on the reverse.

25 yuan coins from the Inventions and Discoveries series

Within this series, only one coin with a face value of 25 yuan was issued, called “Philosophy of Yin and Yang.” On the obverse of the coin, Chinese citizens hold boards with the image of yin and yang, the most important stage of the original cosmogenesis in the philosophy of ancient China. The reverse depicts a fragment of the Great Wall of China with a tower and loopholes. The year of minting is at the bottom.

Within this series, only one coin with a face value of 25 yuan was issued, called “Two peacocks”. They are depicted in the center of the obverse of the coin. At the top, there is an indication of the face value, and at the bottom – weight and fineness of the metal of the coin. On the reverse, you can see the traditional decoration of Chinese coins – the Temple of Heaven, under which the year of minting is engraved.

Cost of the coins

Today the 25 yuan coins are issued by the Chinese Mint only as part of a regular minting, so the copies of the series above have investment-collectible value and are presented only in limited quantities on large trading platforms. The price of rare Chinese coins from gold and silver ranges from 600 to 3,000 US dollars, depending on the series and place of sale.

Despite the fact that China is considered one of the oldest countries in the world, minting of collectible coins began in the country only in 1979, when the government of the country adopted a program for the production of commemorative coins from precious metals, which continues to this day. The proposal of the Government of the Philippines to declare 1979 the international year of the child was an impulse to start. Several countries decided to issue commemorative gold coins dedicated to this event, eventually, China joined them.

Since that moment, China has launched the issue of numerous varieties of coins from silver, gold, platinum, and palladium. Modern Chinese gold and silver coins differ significantly in size and weight, ranging from fractions of a troy ounce (1/2, 1/4 and so on) to a kilogram. There is even a coin of about 10 kilograms. All 10 Kilograms Chinese gold coins in our catalog.

There was a restriction on the possession of precious metals for many years in China, so the local mint cooperated only with foreign distributors who successfully sold coins to European and American collectors and investors. Since this restriction was partially canceled, many coins returned back to China, being bought out by the local collectors. 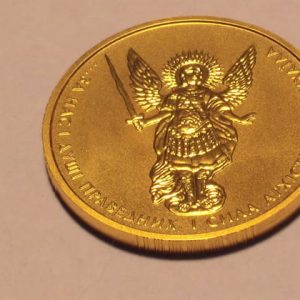 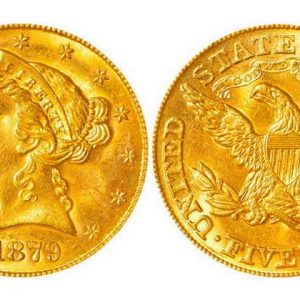 US Coins
5 US dollars coins