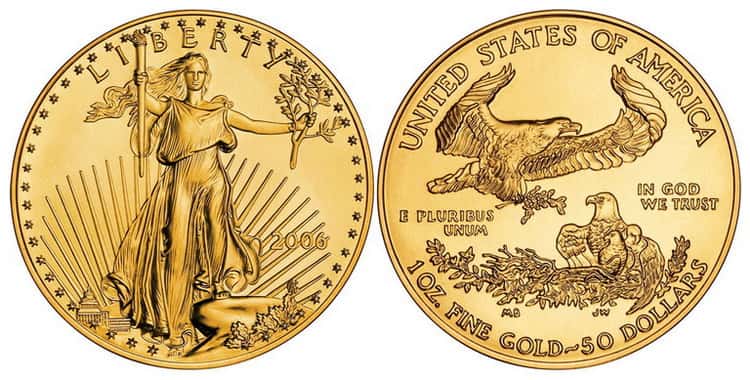 Gold Liberty is a series of collectible and investment coins with the national symbol of the United States. The dollar with the image of a woman and the inscription “Liberty” was minted in different periods – 1839-1907, 1907-1933, 1987-2016. Ancient samples were released in large editions, but quite a few copies remained. They are very rare and aesthetically attractive, therefore they are recognized as the most expensive and most beautiful coins of the world.

In 1838, the gold rush captured the United States. On the territory of the country were found unprecedented reserves of the precious metal. By decree of the government, it was decided to use it for minting coins. The gold found in the mines was enough to significantly expand production. Coins of 1, 2.5 and 5 dollars, as well as 10 and 20 dollars were received. In just 1 year, $ USD 2.2 million was minted. 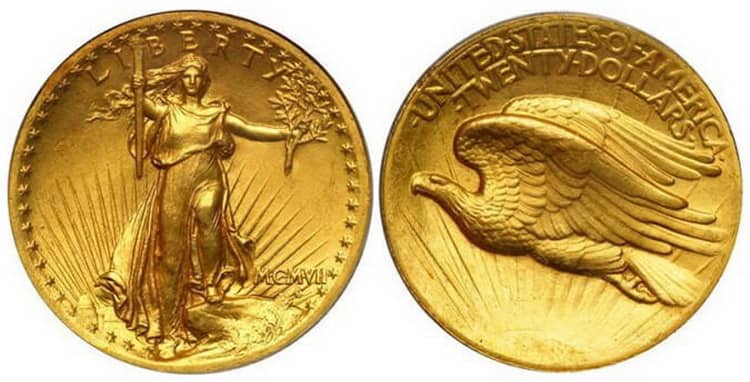 On the gold coins of 1839-1907 there were traditional symbols of the USA – Liberty (only head or full-length), bald eagle, stars, personifying the number of states in the country. From 1949 to 1954 there were copies of small size and weight – only 13 mm. On the surface of these coins was present the head of Liberty in the crown. The inscription on the crown read “UNITED STATES OF AMERICA”.

Did you know? A small weight of the American dollar did not like the inhabitants of the country. They lost coins, so in 1954 they had to prepare new samples. In 1954, the diameter of the coin face value of 1 dollar increased, but changed the design. Instead of the portrait of Liberty, an image of an Indian princess was added. This design existed until 1907. Later a law was passed that it was forbidden to depict the traditional symbol of the United States on coins with a small denomination.

A few years earlier, they issued a circulation of coins that are highly valued among coin collectors due to an error. In 1836, 1838 and 1839 a series was published, on the design of which the artist Christian Gobrecht worked. The obverse of the gold coin depicts Freedom in full growth sitting on a rock. In one hand she holds a shield, in the other – a stick with a Phrygian cap. The mistake of minting was that the left hand of the woman turned out to be larger than the right one.

$ USD 5 made of gold in 1839-1908 is also adorned with Liberty. The coin was so popular that the total circulation reached 70 000 000 pieces. The design of the coin also belongs to Christian Gobrecht. The engraver modified Liberty in a classic style. He made her portrait a little more expressive, gathered her hair and edged it with a pearl thread. On the back, according to tradition, the bald eagle is depicted. In 1865, the inscription “IN GOD WE TRUST” appeared under it.

The beginning of the 20th century is the golden time for the design of US coins. In 1916, thanks to President Theodore Roosevelt, a ten-centimeter (1 dime) “Mercury” or “Winged Liberty” (woman’s head adorned with wings), “Walking Liberty” (1/2 dollar), “Standing Liberty” (1/4 dollar ). After 100 years, the Mint maintained a large date. In 2016 to the centenary of the gold coins “Walking Liberty” and “Winged Liberty” minted the circulation of the investment “American Double Eagle”, as well as “Mercury”. The design was borrowed from Adolf Weinman. Following to the centenary of “Liberty worthwhile” came the gold coin of 2016.

Lady Liberty, which was depicted by the sculptor Augustus Saint-Gaudens, is present on modern investment coins made of precious metal. Gold copies are released in small quantities in quality Proof or Brilliant Uncirculated. The denomination of the coins depends on the weight: 1 ounce – $ USD 50, 1/2 ounce – $ USD 25, 1/4 ounce – $ USD 10, 1/10 ounce – $ USD 5.

Obverse: On the obverse there is Liberty of Augustus Saint-Gaudens going forward. She holds a torch in her right hand, an olive branch in her left. Rays at the feet symbolize the sun. The edge of the coin is decorated with 50 stars – by the number of states. Over the head of a woman inscription LIBERTY. Right year of coinage.

Reverse: The reverse side design belongs to Miley Buzek Frost. In the center of the coin flies an eagle with an olive branch in its beak. He carries her to the nest where the eagle with the eaglets sits. On the left is the inscription “E Pluribus Unum”, on the right – “In God We Trust”.

Only in 1907, after the death of Augustus Saint-Gaudens, did the gold coin of Liberty enter production. The relief of 10 and 20 dollars had to be reduced, but even without this it was recognized as the most beautiful in the entire history of the United States (in 2009, circulation with ultra-high relief was released). In 1933, the minting of coins made of precious metal in America was discontinued. All gold specimens were withdrawn from circulation and melted into ingots. Only 20 copies survived, most of which are stored in Fort Knox. 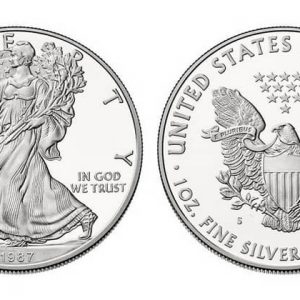 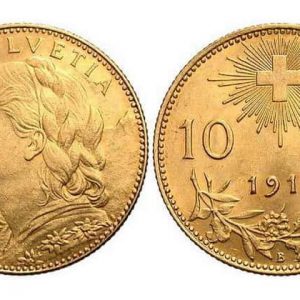