5 Australian dollars is the category of coins that are regularly issued in Australia. There are anniversary and commemorative collections, dedicated to important events. They are easily recognizable in the world of numismatics and have limited circulation. Ancient and modern coins of precious metals can be found among them, with a presentable appearance and an ideal security system. The value and rarity of the currency are high, as the popularity and demand. Collecting these series is exciting.

The coins from the 5 Australian dollars series have a relatively short history, but the fact that each of them is collectible (issued in limited edition) makes them a valuable purchase. The Royal Mint began its work in 1965, and the first five-dollar coin appeared in 1988. The issue was dedicated to the celebration of the official opening of the Australian Parliament Building by Her Majesty Elizabeth II (May 9, 1988). Aluminum bronze was used for the minting.

The Royal Australian Mint produces coins not only for their own country but also for other countries, too. They also mint coins, medallions, and tokens. Tourists, who visit the manufacture in Canberra, can make a coin by themselves and take it home.

In 1990, there was issued an equally rare coin depicting John Simpson (a medical attendant of the Australian and New Zealand military corps), supporting a wounded soldier riding a donkey Duffy. During the war years, he obtained a donkey and transferred soldiers from the front line to the beach for further evacuation. The picture is dedicated to the celebration of the national holiday of Australia – Anzac Day. The coin became a memorial to military operations during the First World War.

In 1990, the first commemorative silver coin of 5 $ was minted (copies from precious metals are classified as “investment”). One of the symbols of Australia, the Kookaburra bird, is depicted on the reverse. Its image was used for the Summer Olympics in 2000 in Sydney. Its cry (sounds like laughter) is often heard in films about the jungle. Engraving with the bird can be seen on the later coins of 2000, 2004, and 2006.

Do you know?“Investment”, Australian coins of the Gold Nugget series, or “Australian Kangaroos”, are considered to be one of the most expensive, as their minting had a significant impact on the country’s gold mining industry. The first copy was issued in 1987, and every year the design of the coin changed.

In 1992, there was a collectible coin “Australia – participant of the space research” created of aluminum bronze. That year was dedicated to Space, so in many countries mints minted such coins. The author of the image on the obverse is Horst Hahne, a talented sculptor, medal artist, and designer from Germany, who moved to Australia to work at the Royal Australian Mint.

A year later, an exclusive collection of new 5 Australian dollars, whose reverse was depicting the pioneers of Australia:

An Australian aborigine was depicted on one of the five-dollar coins.

In 1995, the “Discoverers of Australia” collection was enriched by the coins with portraits of such great people as Ludwig Leichgardt, John Forrest, Charles Sturt, Douglas Mawson, JohnMacDoual Stewart. All copies are made from silver.

Almost every year new collections worth 5 dollars were issued:

Also in 2000, there were issued enameled silver coins depicting Australia’s iconic places, a map of the mainland and endemic animals.

Do you know? Since the Australian government pays for minting, money remains its property. Any intention to purposely defile, mutilate or destroy a coin is technically punishable by law. A fine of up to 10,000 (не указана валюта) or 2 years in prison is imposed for this violation.

Do you know? The Royal Australian Mint has always been looking for ways to issue creative coins. In 2013, a copy with an innovative dome-shaped design was minted. There was an image of the night sky on the reverse. The face value of the coin is $ 5. The same year, coins of triangular shape appeared in the circulation dedicated to the 25th anniversary of the end of the construction of the new building of the Australian Parliament in Canberra. The face value is 5 dollars, the precious metal is silver with a fineness of 999, the quality of the minting is “proof”, the weight is 21 grams, the diameter is 33.90 mm, and the circulation is 10,000.

5 Australian dollars coins are made in a classic style. It’s a circle. There is a portrait of Her Majesty Queen Elizabeth II of Great Britain by the best medal artists, as well as the inscription “Elizabeth II” to the left, “Australia” to the right and the year of minting on the front side. Rafael MacLoeuf (mature Elizabeth II) was the engraver from 1985 to 1998 and Ian Rank-Broadley since 1999. The design was taken from an English coin of one pound sterling face value (issued a year earlier). There are thematic images and the denomination of the coin on the reverse. The diameter varies from 28.12 to 38.74 mm.

The first five-dollar coin was issued in a circulation of 3,000,000 copies, and the next ones were released in a smaller amount:

The circulation of such popular coins as the “XXVII Summer Olympic Games 2000 in Sydney” is unlimited. The remaining coins were minted from 20,000 to 100,000 pieces.

Five-dollar coins were issued exclusively in “limited circulation”, but they are a legal tender, and they are accepted for payment in stores. However, because of its rarity, the price of 1 copy can reach up to 1,000 $ at auctions. 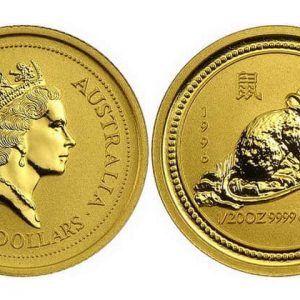 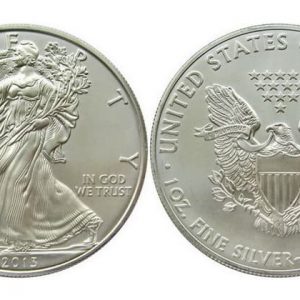 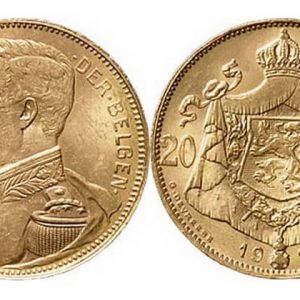 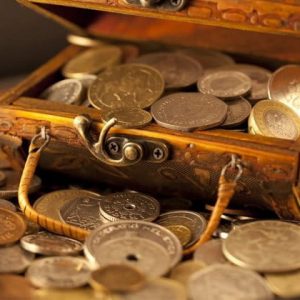