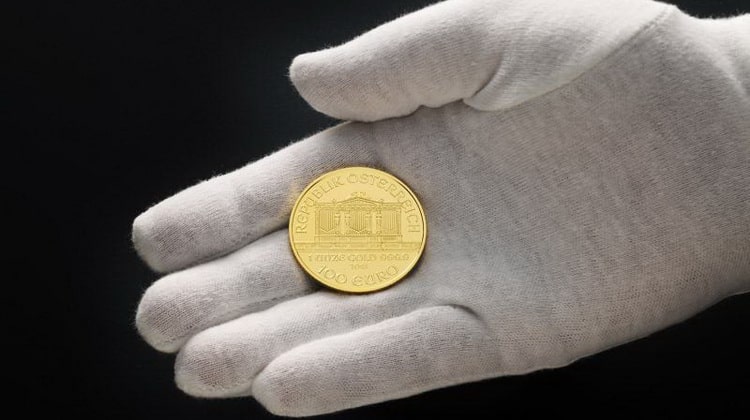 Commemorative gold coins of Austria have been minted since 1908 when after the monetary reform of 1892, coronas were introduced into circulation. Nowadays, the issue of such coins has become regular and serial. All Austrian gold coins in our catalog. Since the introduction of the euro, the Austrian mint annually issues 50 and 100 euro coins of various series, which are dedicated to some historical events of Austria, famous people, monuments of architecture and art, as well as everything that reflects the heritage of the country and its modern life. Commemorative coins can be a legal tender, but only in Austria.

Gold coins of 10, 20 and 100 corona denominations were issued in 1908 as a separate circulation and in a new design. They were dedicated to the 60-year rule of Franz Joseph I, the only king of Austria who had ruled the country for so long.

This gold coin depicts the Great Mother of Austria Madonna of Mariazell, who was considered the patroness of the country. 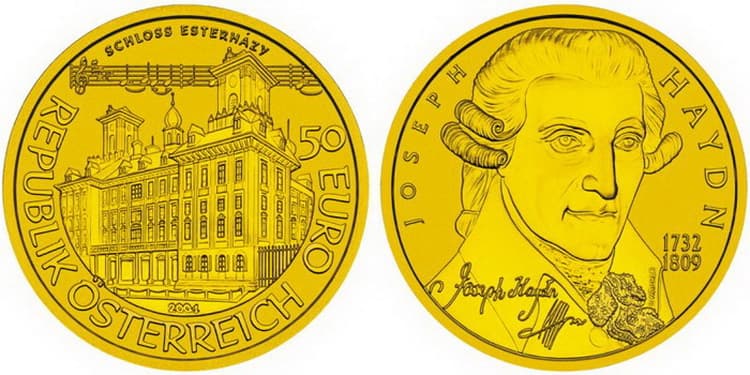 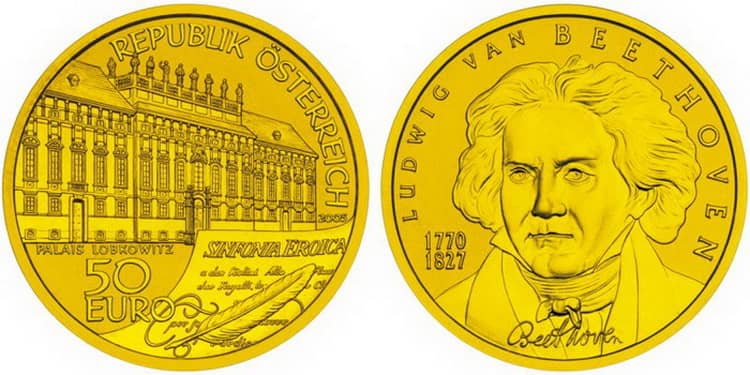 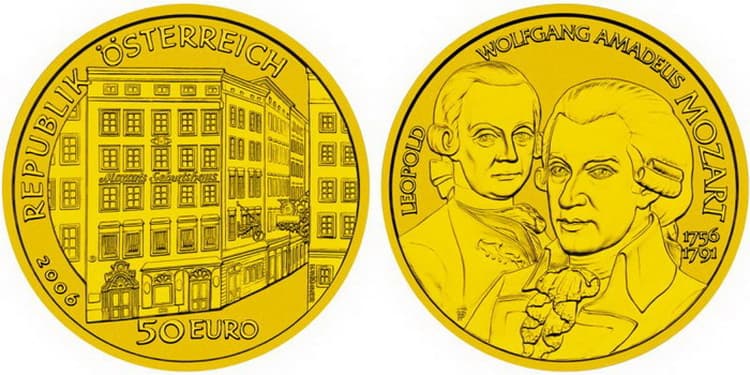 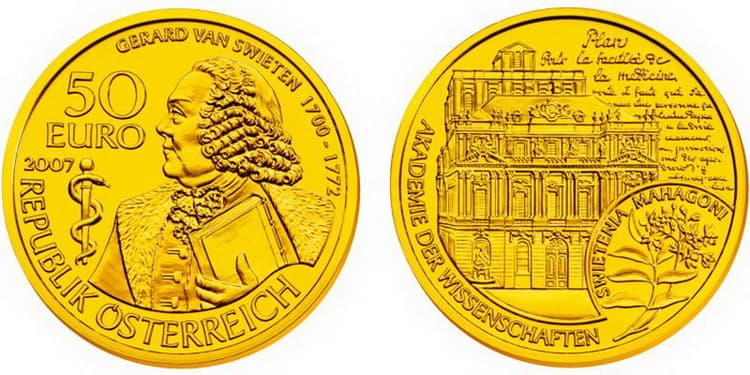 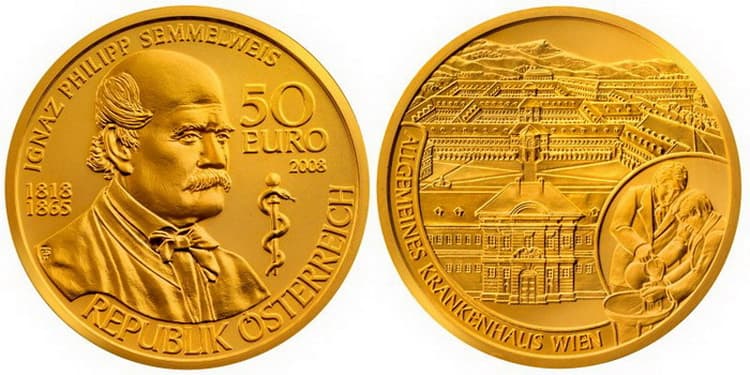 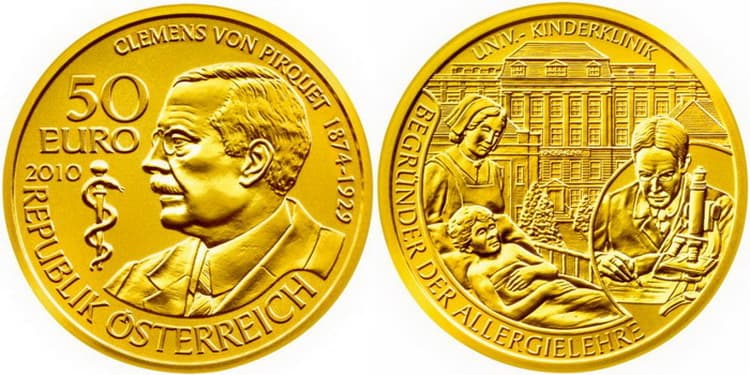 Klimt and his women

The Austrian mint dedicated this coin series to the 150th anniversary of the famous Austrian artist Gustav Klimt, capturing his paintings on each of the coins.

This series demonstrates the cultural heritage of Austria of different periods, marking the most outstanding personalities on every coin, such as Raphael Donner and Gustav Klimt.

This series of coins is dedicated to the most famous and iconic architectural buildings of Vienna, which represent the city. 200 Schilling 2001 Austrian gold coin in our catalog.

The Crowns of the House of Habsburg

This series of coins shows not only the famous crowns of Austria and Austria-Hungary but several eras of the reign of kings from Otto I to Franz Joseph I. All 100 Euro Austrian gold coins in our catalog.

This is one of the newest and most demanded series, the copies of which are sold out in a matter of hours immediately after their minting. It is the brightest and most interesting in design and represents the richness of the wildlife of Austria.

The Austrian mint issues commemorative gold coins with circulations ranging from 50,000 to 500,000 copies. You can buy such coins either wholesale or retail. If you decide to buy one coin for your collection, it will have a beautiful individual package, and when you buy lots, coins are packed in plastic tubes.

As for the coin design, it is done by design artists who often work in pairs. The Austrian mint has a whole team of such specialists on its staff:

It is worth noting that Thomas Pesendorfer was appointed as a chief engraver of the Austrian Mint after his individual work on the “Philharmonic” (gold series).

The cost of commemorative coins 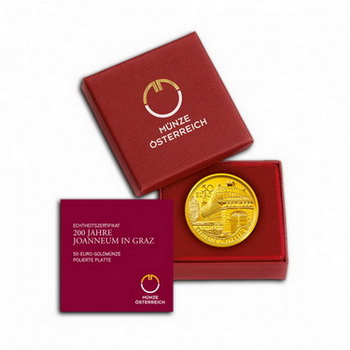 Commemorative gold coins are a subject of interest for numismatists and collectors. The price for each copy depends on many factors. When talking about old commemorative coins, it is essential to understand that they were released in a small circulation and are quite rare today. The price is also affected by the quality of gold (it may have additional admixtures), the condition of the coin and the demand on the numismatic exchanges. So, for example, the cost of 10 gold Austro-Hungarian coronas of 1908 can range from 100 to 250 euros, and 20 and 100 corona denominations – from 3,000 to 40,000 euros. Considering the commemorative gold coins of the last decades, which are minted from gold with a fineness of 986, it is necessary to take into account not only the condition of the coin but also the price of an ounce of gold on the world market. 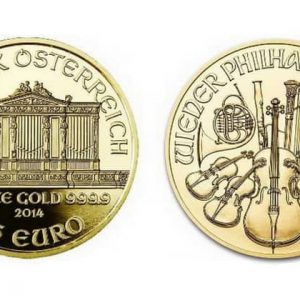 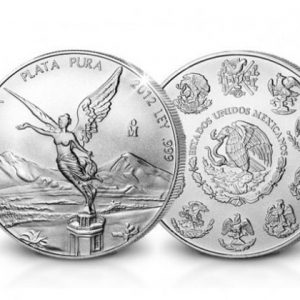