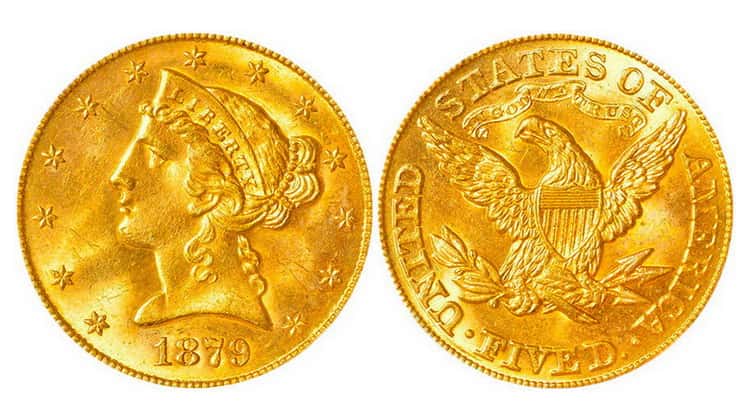 Five US dollars are minted from gold from 1795 to the present day. Each of them reflects a certain milestone in the history of America and, of course, is a subject of interest for collectors-numismatists. The gold coins of recent decades are also an excellent way to invest your savings. All 5 Dollars US gold coins in our catalog.

Types of 5 US dollar coins

Commemorative 5 US dollars gold coin dedicated to the 200th anniversary of the US Constitution, 1997

Commemorative 5 US dollar gold coin dedicated to the 200th anniversary of the US anthem, 2012.

What these coins were created for and the number of emissions

The five-dollar gold coins were minted to get a half of a ten-dollar coins nominal value, which at that time was a necessary and convenient legal tender.

Today, five-dollar coins are minted according to demand on the market, as they are collectible or bullion for the most part:

The coins of all types, except for the last one (on the obverse image of the Indian), have a different design. However, the obverse is the same for every coin. There is a profile of a woman symbolizing freedom, and the image of a bald eagle, the symbol of America. The number of stars is also symbolic. It shows the number of states that joined the USA in some particular period.

The design of the coins was developed by different artists-engravers, who worked on them during different time periods, which explains their diverse style:

The famous series American Golden Eagle, which contains a five-dollar denomination. Two different people were creating it at a different time. In 1905, the American architect August Saint-Gaudens received the assignment to create a new design for the coins with a face value of 20 dollars, and in 1907 these coins with the image of a woman symbolizing freedom were issued. In 1986, they decided to create a series of coins with eagles and Liberty. The obverse of Saint-Gaudens was taken as a basis, and the famous sculptor Miley Buzik was to develop a reverse. It depicted not just one eagle, but the whole family, symbolically pointing to the unity of America. All US gold coins in our catalog.

On the American Buffalo coins, the famous student of Saint-Gaudens, the architect James Earl Fraser, portrayed the image of an Indian based on the real leaders of the Indian tribes. A buffalo on the reverse of the coin reminds us that there were times when they lived in the Central Park of New York. One of them was called the Black Diamond, and it was he who became the prototype of the buffalo on the coin.

The remaining commemorative coins were minted in the memory of certain historical personalities or events and were issued in small circulations.

The five-dollar gold coins from the period of 1795-1928 were minted by several mints located in different cities of the country. And all of them were subordinated to the Bureau of the Mint of the USA until 1984:

Today, collectible and commemorative coins of this denomination are mostly minted at the mint in West Point.

If you are going to to buy $ 5 with the year of minting before 1933, you should consider not only the cost of 1 troy ounce of pure gold on the world exchanges for the purchase / sale of precious metals, but also the purity of the coin’s alloy, as well as its current condition.

Also, the price of a coin also depends on its rareness. Examples of the value of a five-dollar American gold coin issued in certain years:

The cost of the modern coins is also much higher than their face value: 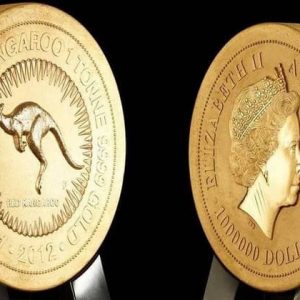 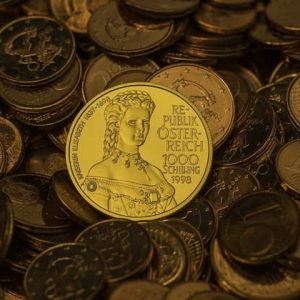 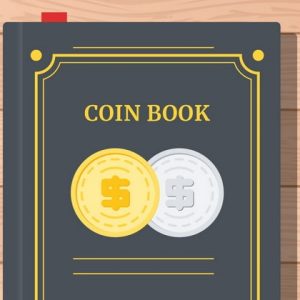